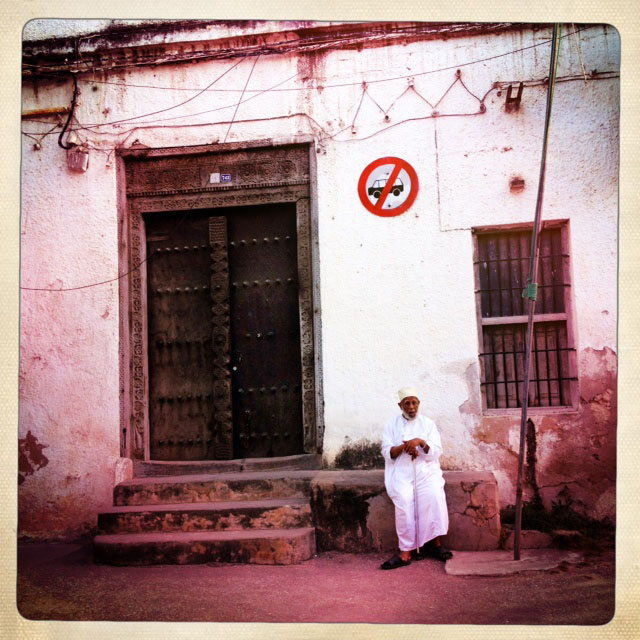 Stone Town, Zanzibar has such an old world quality to it. As I’ve mentioned in previous posts, most of the town is made of lime stone, much of which is crumbling and moldy. The roads are narrow and maze-like and, without the noise of cars and the flash of neon signs, it is almost as if one had been transported to a previous century.

One of the most striking things about Stone Town is the beautiful and massive wooden doors one sees. Many of them have carvings and bas-reliefs and some even have the brass studs one sees in India which were originally invented to discourage elephants from breaking down the doors. Of course Zanzibar has so elephants so these are purely decorative. I thought I’d post a couple of portraits I shot in which one can see the beautiful Zanzibarian doors. While one is of an old man and the other a young boy, I thought there was something about their body language, the position of their hands and their expression that linked them.

A young boy sits in front of his home with a deflated bicycle tube. One often sees kids chasing a tube like this down the street with a stick.